For more than 25 years Joel has led Koskoff Koskoff & Bieder’s medical malpractice investigation team. Annually he confers with new medical malpractice clients, reviews tens of thousands of pages of hospital and medical records, and consults with medical experts throughout the United States and several foreign countries. Joel is well known for his medical knowledge and his ability to analyze complex medical problems and malpractice cases.

In the book, Damages, author Barry Werth says, “Lichtenstein had ? a psychiatrist’s empathy, a banker’s perspicacity, a doctor’s concern?”

Joel Lichtenstein has been a frequent lecturer to trial lawyer groups on issues relating to the investigation and detection of medical malpractice. He has also lectured to hospital and medical societies concerning liability issues. 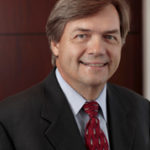